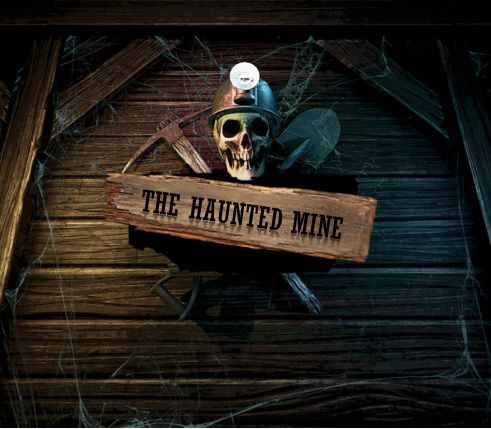 HD Escape Rooms offers Westminster residents immersive escape rooms that vary in both difficulty and theme, making us a terrific entertainment choice for any party. Our custom-designed and hand-built puzzles provide Westminster with some of the most unique puzzle room experiences possible. Step into your own Hollywood movie with our escape game at HD Escape Rooms in Westminster.

The Mourning Brothers Funeral Parlor’s history stretches back to the 1800s when these undertakers began offering quality funeral services. However, in the olden days of mining, services were too expensive for those tragically lost in the usual collapses and cave ins. To compensate for their dying enterprise, the Mourning Bros. adopted a new approach. Instead of cremating the remains of loved ones, bodies were tossed in the mine below the funeral parlor and families were given urns filled with dirt. For those seeking a more traditional closed casket service they were provided with a coffin filled with rock to give in the necessary weight. It was a risky venture but a successful one. These ghastly business practices continued up until the Mourning families mysterious disappearance. They say that over a thousand restless souls reside in The Haunted Mine. Tour the bowels of this macabre operation and find a way to free the condemned. You have 1 hour to blow the mine releasing the souls freeing them from eternal torment before the mine becomes your final resting place.

The Mineshaft Escape Rooms in Westminster That’ll Send You Screaming

It’s our goal to supply Westminster with ornate escape games that stimulate your mind and quicken your heart rate. A great addition to any party or celebration, our abandoned mine shaft game aims to pique your interest and excite your emotions through a terrific combination of history and horror. Fuel your need for fun with our mine shaft escape room in Westminster.

HD Escape Rooms is a perfect place to host an escape room party in Westminster. Our updated, ever-changing escape games and rooms supply partiers with top-notch thrills and challenges that test your intellect. Our various escape games offer varying levels of difficulty with themes inspired by some of the greatest adventure and horror films in cinematic history. Turn your Westminster party into an experience of a lifetime with our abandoned mine shaft game.